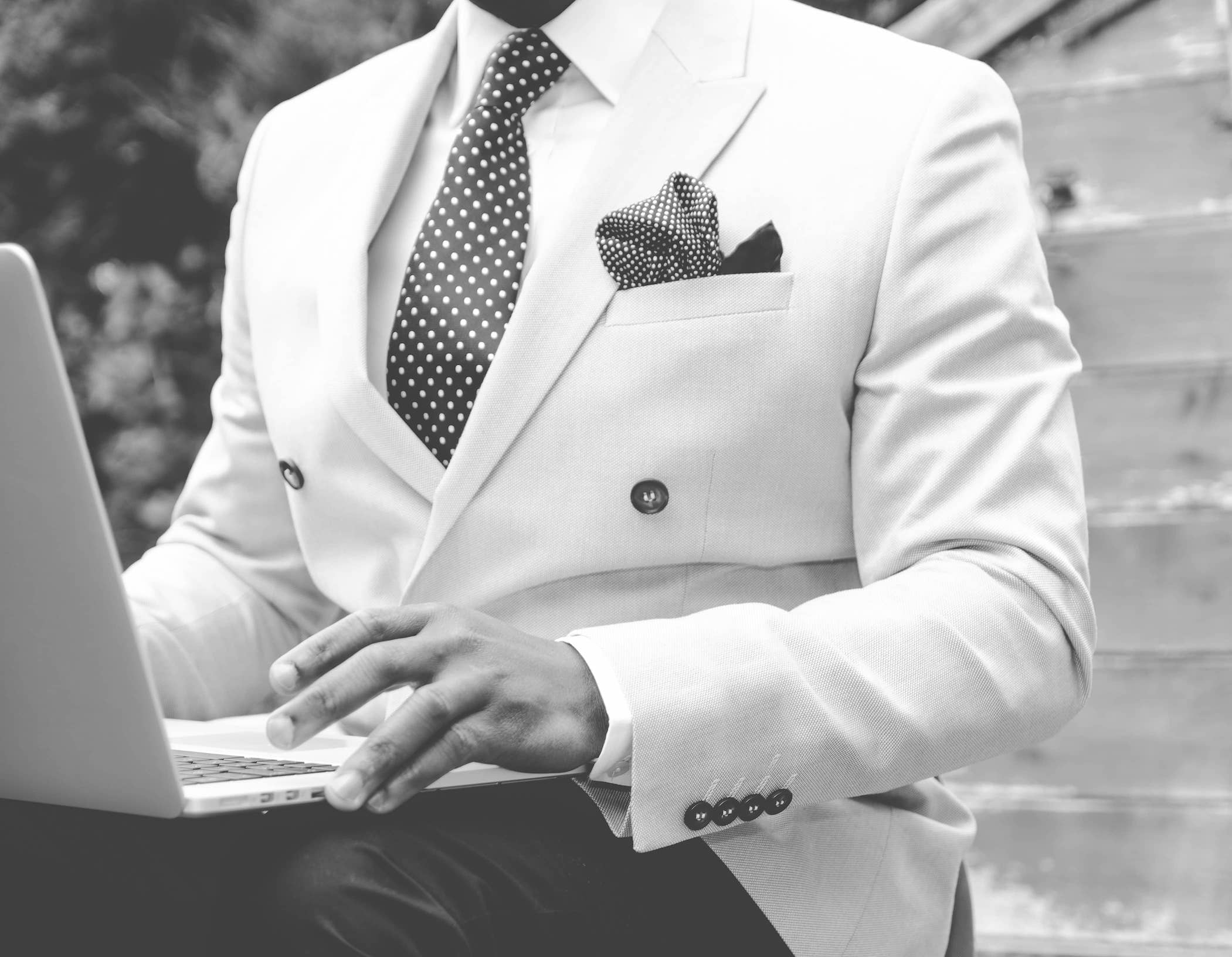 How to retain top talent

Create engaging and beautiful slides in only 1 hour February 5, 2015
How to succeed in your job December 20, 2014
Five simple steps to develop great content for your presentation September 25, 2014

Have you ever said to yourself, “Oh, I should have said this”?

Most likely, you say it within an hour of your conversation. But me? Only a few days. Oh, who’s counting? Let’s just say a week.

During a panel discussion for the data analytics symposium, which is a part of the Apra’s prospect development conference, Leigh Petersen asked me, “How do you recruit and retain top talent in analytics?”

I gave an answer on recruitment, but I said, “I don’t have a good answer to the retention issue.”

Here’s my “I should have said this” moment — only a few days later.

Robert Greene, in his book the 48 laws of power, describes this law: Conceal Your Intentions. By concealing your intentions, offering false sincerity and fake noble gestures, Robert says people become powerful. They may become, as Carl Sagan said, “momentary masters of a fraction of a dot,” but how long can the mastery long?

How about this principle: “be kind without an agenda”? Whether it is treating strangers or your employees with kindness, kindness makes everything better. 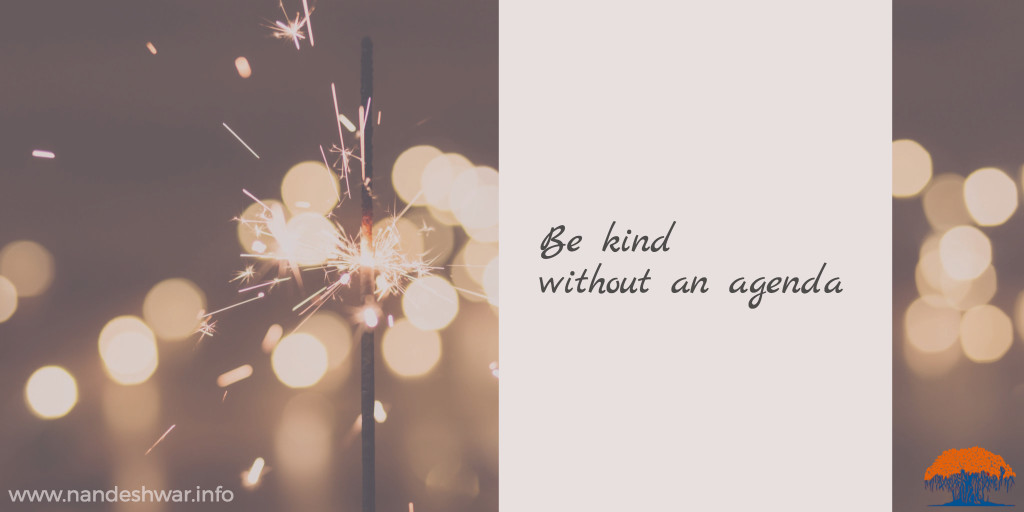 Let’s say that you take a bus to work in the morning.

The bus driver is grumpy. Someone asked him too many questions. Someone spilled coffee. Someone cut in front of him.

His grumpiness causes irritation to everybody else.

But you are special.

You take a moment to say a genuine “thank you” with a big smile.

He feels better and he makes others feel better. Other irritated people feel better too. Gary Keller, in his book the one thing, described that even a small domino can create a chain effect to bring down the dominos as tall as the eiffel tower. Ah, maybe that’s not the effect we want, but kindness can also have the same effect. The good kind of effect.

Shhh. Don’t tell anyone, but I can has spilz the coffee.

Always be giving. Always attempt for the best outcome for everyone. Don’t keep a tally of who’s given to you or how many times you have given to others. Give. Then give more.

In an NYT article on Adam Grant, Adam describes that altruism without self-interest doesn’t exist. But to always be thinking about WIFM will keep you occupied from helping others. (What is a life lived that didn’t make a difference in the others’ lives.)

Adam is a man of his words. I sent him a random question a few years ago. Not only did he respond, but he also gave me extra resources.

If a busy guy like him can give, you can too.

Understand their strengths and weakness. You must understand their expertise and interests. Only through knowing can you plan for their work. Better planning and division of work leads to happier employees.

Find out what drives them. What gets them excited or makes them feel burdened.

If they say, “you’re the burden,” start talking about Game of Thrones.

Everyone has opportunities to improve on something. Providing criticism is hard, but it is unfair to the recipient if you don’t give the feedback. You’re robbing that person of an opportunity to learn and improve.

Don’t wait for a special occasion to give this feedback. You should use the first opportunity you get to give your feedback.

Remember to use actual examples. Clarify your expectations and describe how you would react in those examples. Focus on the choices than the person. Show your trust that the person will improve.

Thanks to that random person on the Internets who suggested me to work on my accents. From this point onward, read this article in Australian accents.

Invest in their growth like you would invest in yours. Find the areas of growth and invest in those areas. Those areas may not have a direct relation to the core skill-set required for the job, but those areas could be complementary. For example, for a technical top talent, workshops in executive communication would be very useful.

Not everything requires money or budget too. You, most likely, have some areas of expertise that you can teach others. For example, I can talk about Seinfeld for hours.

Listen more than you speak. You will get many clues about the dreams of that person. This also helps you practice empathy. Rather than preparing for your reply, you absorb.

Active listening has amazing connecting powers almost like the tsaheylu that Na’vi folks form with the direhorses using the neural queues.

Extend their capacity. Challenge them. Create goals for them that are slightly out of their current skill-set or role. Help them on the way, but resist the urge to solve the problems for them. It is very hard not to provide faster and at times better ways of doing things. Resist.

Promote their ideas and achievements. Speak highly about them at any opportunity you get. As Josh Birkholz suggested later in the conference, “make others look good.” It is not about you. It is never about you. It is about their goals and successes. Your role is of the bumper guards used in the bowling lanes to keep the balls in the range of positive possibilities.

You probably don’t know anything about those bumpers; ask me and I’ll tell you all about them.

There’s nothing more gratifying than someone recognizing your work, efforts, and thinking. The recognition doesn’t have to be monetary. If that’s possible, great. But even regular appreciation will also go a long way. People driven intrinsically would thrive on the appreciation.

I’ve always wondered why do people let others lead, specifically in non-work settings. Why majority of the people drawn to a few? Is it, as someone eloquently said, the #hopey-changey stuff?

Create a vision for your team. Show them how you can break all the norms and generate amazing things. And, how you need their help to get there.

I’m sure there are some scientific papers with p-hacking that prove that the leaders are created because of the #hopey-changey stuff. But I know I’m drawn towards great ideas and dreams like how some people are drawn to fluffy rice with some daal and some ghee and some papad and some mango pickle.

And yet they leave…

If they leave on good terms for a better and bigger position, nothing will make me happier. Because that means I did my job contributing to their growth. (Of course, losing a good employee is very hard, but some situations are out of your control.)

Don’t get any ideas, Jing. Just kidding. Maybe not.

Create engaging and beautiful slides in only 1 hour

How to succeed in your job

Five simple steps to develop great content for your presentation

The agreement model: why do we choose to agree?